Tara Kleinsteuber – Reconciliation: See Me; Hear Me; Understand Me | YWCA

Tara Kleinsteuber – Reconciliation: See Me; Hear Me; Understand Me

YWCA Cambridge employee Tara Kleinsteuber exploring Truth and Reconciliation and her own story of moving through the world as an Indigenous person, originally posted on their blog.

Before I attended YWCA Canada’s Annual Membership Meeting, I was told how powerful the movement was, and that I would absolutely feel it. Well, I felt it; and that feeling lifted me up and inspired me to use my voice. I returned from this year’s AMM theme of Reconciliation with a freshly-lit fire, burning for change. This blog series will hopefully inspire folks to open their hearts to the truth, and turn what they’ve learned into understanding, and the desire to do the work.

I recently had the opportunity to attend YWCA Canada’s Annual Membership Meeting in Brandon, Manitoba. The theme this year was Truth and Reconciliation: From Education to Action.

From the title, one would assume that we would begin with developing an understanding of what Truth and Reconciliation means, and move on to using that knowledge to take action. But, many members at the meeting were able to say ways they were already taking action. Some said they were not currently taking actions, and others talked about how they didn’t feel they were doing enough.

“Enough” is an interesting word. It implies that there is a limit to the work. “Enough” implies that actions can be measured or checked off a list. The word “action” seems to invoke in people the need to have distinct descriptions of what they are doing. Those descriptions lead to lists which lead to the measurement of what is “enough”. But does the work of truth and reconciliation ever end? Can it be quantified? No. It is an ongoing process. It is listening. It is opening your heart. It is opening your heart before hearing.

Education is continuous. Listening to the truths of First Nations, Metis and Inuit peoples should never end. Action and our perception of “action” needs to be assessed daily. I say this, speaking from experience. Folks cannot be educated on my entire truth and make a list of tangible actions that will make me feel better as an end result. The trauma my family has experienced has shaped who I am. That trauma is carried in my thoughts, in my actions, in my blood, in my existence. That means that every single day, I need to be seen, I need to be heard, I need to be understood.

To give you an example of just how much this opportunity meant to me, I will share with you a moment in my healing process. Leah LaPlante, Vice-President of the Southwest Region of Manitoba’s Metis Federation, stated that one of her ancestors is Cuthbert Grant. Cuthbert Grant is my great, great, great, great, great Grandfather. In that same speech, she stated that she never wants to hear a grandchild ask who their grandparents were. In that moment, I cried. I have asked that question. And only in the recent years have I been discovering who my family was. I needed to hear someone like me to say this. I needed to hear how it has impacted them. Her truth connected to my heart, and I spoke with her afterward because of it. She has asked me to contact her, so she can put together my story for me. I never would’ve met this woman had I not been able to attend YWCA Canada’s AMM.

This is the message I am trying to express; reconciliation is not only an ongoing process; it is an individual process. I benefitted greatly from having an opportunity to see myself represented in Manitoba, to hear my ancestors’ land acknowledged, and to listen to the truths of my FNMI sisters. But would this action carry the same weight for someone else? Not if they do not share the same truth as me, not if their truth has not impacted them in the same way, not if they are not in the same place in their journey as I am. I take this opportunity as an act of reconciliation from YWCA Cambridge, because I know they heard my truth. I know they heard that I needed to see myself represented. I know they understand the impact that my lost ancestry has had on me. I am grateful for this act, but I acknowledge that there is more work to be done. Work that never ends; work that is never “enough.” 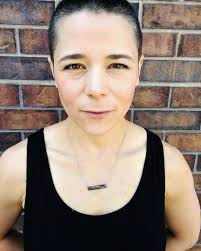