The Power of Storytelling to Educate, Mobilize and Organize! Reflections from Rosalind Gunn on CanStudyUS Study Tour to Washington DC | YWCA

The Power of Storytelling to Educate, Mobilize and Organize! Reflections from Rosalind Gunn on CanStudyUS Study Tour to Washington DC

Rosalind Gunn, Director of Marketing & Communications at YWCA Cambridge, was selected by YWCA Canada to go to the 2019 Ryerson University CanStudyUS Tour to Washington DC. In her blog post, she reflects on the power of storytelling and more to educate, mobilize and organize.

When I applied to YWCA Canada to go on the CanStudyUS tour, frankly, I didn’t know what I was signing up for. It just looked like a really cool thing to do, and a great opportunity to meet other members of the YWCA movement.

Now being back from the tour, I can confirm it was both of those things, but also so much more. I gained innumerable experiences and connections during those five days in Washington, and I’m already bringing many lessons learned into how I approach and do my work.

One of the most valuable insights I gained from this trip, something that was said by speakers, as well as practised by many, was the idea of starting from values in communications. Former Senior Speechwriter to President Obama, Sarada Peri, told us about the importance of starting with values when speechwriting. You can have the same message that you want to convey, but inevitably, the values of particular audiences will vary widely. She said this was a key point to be mindful of when writing for a President who was always trying to gain the confidence of Americans from both sides of the aisle. It feels quite similar being a part of a feminist organization trying to advocate for women and girls while also contending with the thinking that there’s no need for feminism anymore.

This tour also provided a unique opportunity to strengthen ties among member associations, which I think is something the YWCA movement would benefit from continuing to do. It’s inspiring and empowering to see the successes other associations are having. We can learn from those successes, and similarly, we can teach about our own successes. It’s so important that we foster these connections among other YWCAs because we all have so much experience, so much knowledge, so many resources, and so many lessons learned that we could be sharing with each other. It’s an opportunity for massive capacity building. And an opportunity to unify over shared issues – childcare and the pay gap being two significant issues that all YWCAs have a vested interest in, as well as social justice – anti-racism, anti- homophobia and transphobia, etc. The impact of the same, unified message coming from across YWCAs all over the world can’t be overstated. It can also empower smaller YWCAs to be vocal, knowing they have the strength of the entire movement behind them.

What I noticed during our time with YWCA National Capital Area and YWCA USA was how entrenched activism and advocacy is in their work. They are so vocal in their anti-racism and feminist work, and they’ve garnered significant support from the community behind them. It’s right in their slogan: “Eliminating Racism and Empowering Women.” I think now’s the time for Canadian YWCAs to take a harder stance on issues affecting cis and trans women and girls and non-binary and two-spirited individuals, particularly those of colour who tend to face increased levels of oppression, as is well documented.

Another surprising outcome from this experience was the personal and professional connections I was able to make. Full disclosure, before going to Washington, I would swear up and down that I hated networking. The idea of it feels gross, everything about it seems so disingenuous. However, the people I was meeting in Washington were so inspiring to me and doing so many amazing things that I wanted to be able to watch and learn from, that I couldn’t imagine not trying to connect with them by exchanging emails or social media handles. Particularly the other participants from community organizations, such as the Canadian Arab Institute and the Canadian Muslim Vote, were such a valuable piece to this experience. In fact, we shared a room in the hostel while in Washington, and every night turned into a pseudo debrief of the day. Those conversations would lead into broader conversations about politics, our work and then how we can all support each other after the trip. Even outside of those nightly interactions, the evenings provided opportunities to socialize with community organizers we’d met throughout the days. These unstructured, casual conversations ended up being some of the most educational and inspiring parts of the entire tour, and they wouldn’t have been possible if we didn’t first have those structured sessions where we learned so much.

Now being a couple of months out from the CanStudyUS tour, I’m reflecting a lot on what I gained from this trip and how I’m going to use it in my work.

First of all, I want to focus more on finding those stories to use, and secondly, I want to continue fostering those connections built in Washington. There’s something extremely empowering in knowing there are folks across the continent who share your belief system, know your name and are ready to support you when you call.

Finally, I would be remiss if I didn’t thank YWCA Canada for this opportunity. It’s one I won’t forget for a long time!

A collaboration between the Ryerson Leadership Lab and Democratic Engagement Exchange.

“Join 25 youth leaders as we travel to Washington DC where Power is the most important currency. This is a unique opportunity to experience leadership, democratic engagement and outreach, and public policy development in the capital of the United States. This trip will provide participants an opportunity to examine up close who has power, how it is used and the impact these dynamics have on a local, national and international basis.

The trip to Washington, DC will run from Sunday, April 28th to Sunday, May 5th, 2019 and will have you engage with thought leaders, elected officials, entrepreneurs, journalists and community activists through a series of meetings, workshops and events that will explore the intricacies of power, divisiveness and how public policy and the agenda of issues on which the public engages, is developed.

Programs for students and youth leaders will be held directly before and after the trip, preparing you with relevant knowledge and providing opportunities to put what you have learned into practice. This will contrast the differences between the American and Canadian political, economic and social systems, and provide learning to address complex challenges here at home, just a few months before the next Canadian federal election.

This will be a singular, hands-on learning opportunity where participants will come to appreciate the dynamics of power as played out in a critical moment in history.” 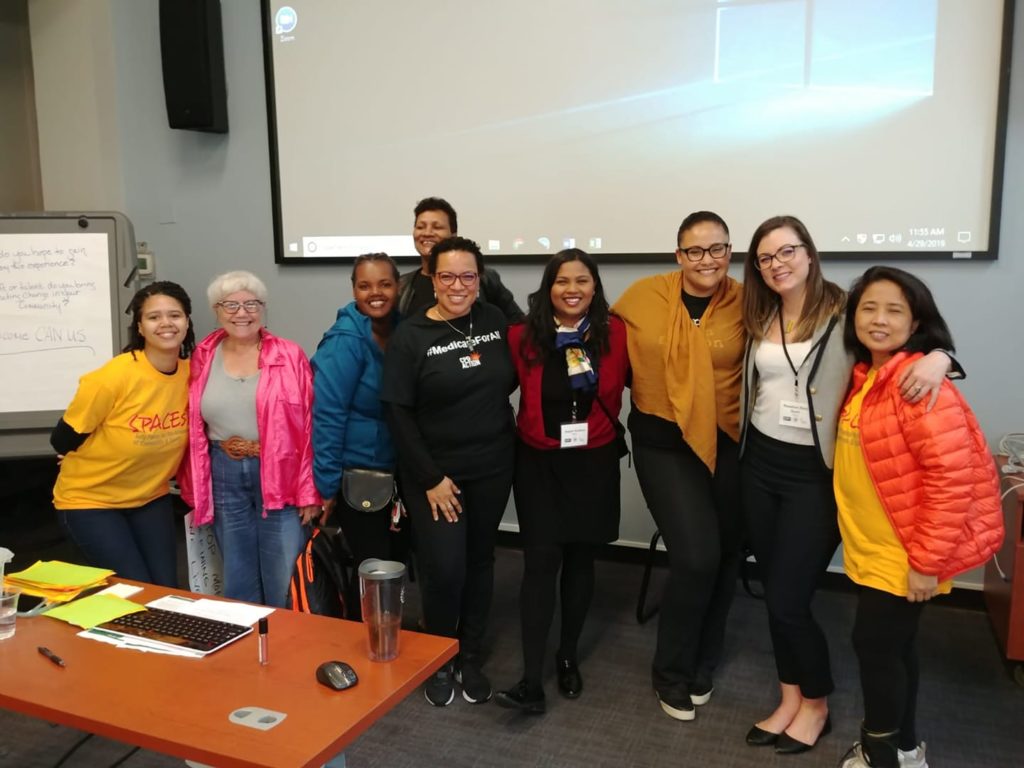