Toronto, Canada – June 3rd, 2019 – Today, the National Inquiry into Missing and Murdered Indigenous Women and Girls (MMIWG) released its final report. YWCA Canada expresses our solidarity with survivors and families of MMIWG2S, as well as all First Nations, Inuit, and Métis communities. We commit to being an active ally in addressing violence, harm and discrimination against all Indigenous peoples and want to work in support of Indigenous peoples self-determination and liberation.

Jamie Medicine Crane, Co-Chair of Reconciliation Action Committee, YWCA Canada shared, “Indigenous women have been targets since first contact, a time when women across the oceans were already fighting for feminism for hundreds of years because of the way they were and seen as less. In our traditional Niitsitapi & Indigenous ways, our societies are matriarchal, and women are seen as sacred, water protectors, fire keepers, life givers and blessings from Creator. The colonial ideologies, attitudes and stereotypes of women at that time (and current) were brought here and have perpetuated for over hundreds of years, in which our women have been hunted and targeted.”

According to a 2012 review by the RCMP, nearly 1200 Indigenous women and girls were found to have been killed or went missing between 1980 and 2012. We know though that is much higher and the Native Women’s Association of Canada reports that there are close to 4000 cases.

YWCA Canada CEO Maya Roy expressed, “The National Inquiry’s Final Report states what Indigenous women, girls and 2SLGBTQQIA people have been saying for a very long time – that Indigenous communities have experienced and have been made to be vulnerable to devastating individual, systemic and intergenerational violence because of past and ongoing colonial and patriarchal policies. We need to move towards not only reconciliation, but decolonization and sovereignty of Indigenous peoples across Turtle Island.” YWCA Canada calls on the Government of Canada and all people in Canada to make an action plan and commit financial resources to achieve the 231 Calls to Justice put forward in the report.

“Today is a new day that brings a voice and hope to those that have passed on tragically, who have survived, and the families left behind. But it is only the beginning of this journey in which there are about 12 atrocities and forms of genocide around the globe that the UN recognizes and out of those, Canada recognizes 6, in which none of those include the Indigenous people of this land,” stated Jamie Medicine Crane, Co-Chair of Reconciliation Action Committee, YWCA Canada.

YWCA Canada is the country’s oldest and largest women’s multi-service organization. YWCA works in 300 communities across Canada to serve women and girls in nine provinces and two territories. YWCA Canada is the nation’s single largest provider of shelter to women and children fleeing violence. For more information visit www.ywcacanada.ca, find us on Twitter @YWCA_Canada or at  www.facebook.com/ywcacanada. 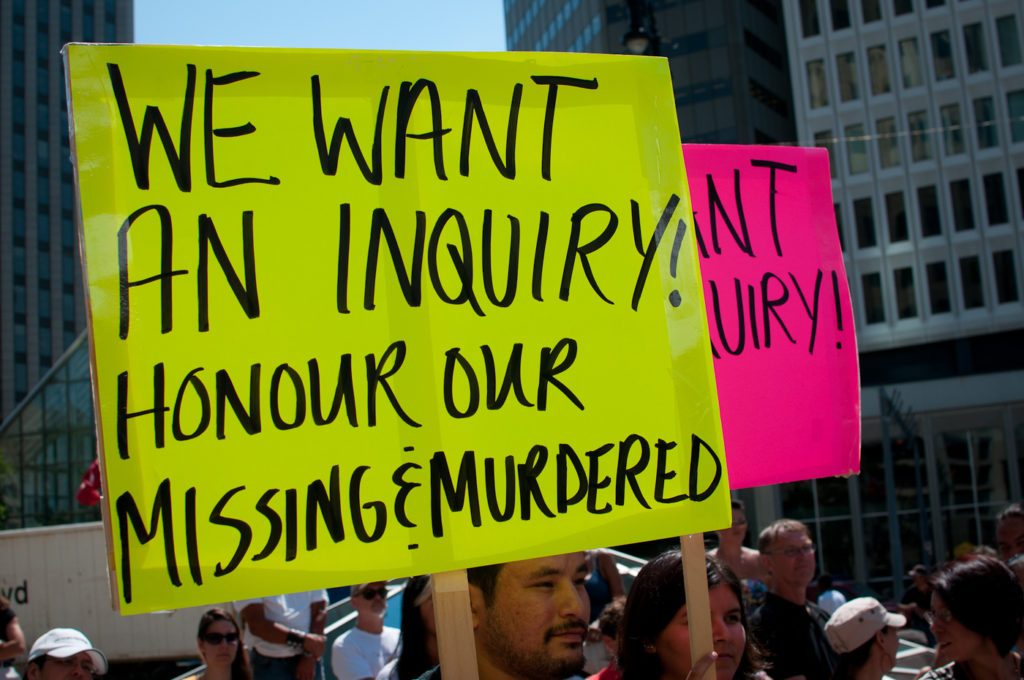