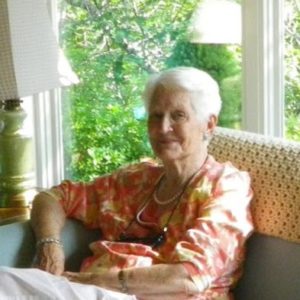 As we celebrate our 150th anniversary we look back at the achievements of hundreds of leaders, volunteers and staff who have made possible the work of YWCAs across Canada.

Last year we had the honour of receiving not only a generous legacy gift from one of our long-standing supporters, more importantly with this gift we were giving the opportunity to connect with her family and learn so much about the incredible legacy of love, commitment and leadership that Shirley Kuipers left through her daughters.

Thank you to Julia Kuipers-Christie and Rachel Kuipers for their generosity to share some of their life stories with us and we hope that their reminiscence of their mother as part of the YWCA Movement inspires you and ignites in you the desire to connect with us.

Please share your stories, tell us how the YWCA has made an impact on you and your community.

Growing up in Nova Scotia, my sister Rachel and I can’t remember a time when we were not aware of the YWCA and the huge part it played in our mother’s life. We referred to it as the “Y”.

Our mother, Shirley Ruth (Martin) Kuipers, had been involved with the “Y” since the late ‘30s.  She had moved from the Eastern Shore of Nova Scotia to Halifax as a teenager to attend high school. She joined the “Y” because friends and relatives in Halifax urged her to, and because she was very social, she thought it was a great way to meet new friends.

Her father (a sea captain and master mariner) and her mother were very involved in and with community affairs and volunteering for a good cause was expected of everyone in the family. Mom became part of the “Y” family in Halifax and led groups of teenagers in social activities, as well as helping the less fortunate in Halifax through fundraisers, concerts and theatrical performances to raise money.

During the war years, times were hard for many in Nova Scotia and Mom and her “Y” companions were hard-pressed to generate funds and resources for the war widows and wives who were struggling to sustain their children and to provide for their families, while husbands were abroad fighting.

Once she married our dad and had my sister Rachel and me, her involvement with the “Y” continued as she became a member of the Board of Directors and travelled across Canada to the various annual meetings and conferences.

I can remember as a small child, Mom flying to one of the national conferences in Ontario and making arrangements for the care of my baby sister Rachel – and our dad — during her absence. Mom was never paid for her work with the YWCA – but she didn’t expect to be.

She loved being a part of such a vibrant community that was helping other women and girls access programs, services and a community of supports.

We always said that if Mom had turned her considerable energies to having a career, she would have been CEO of a big company. But she chose instead to raise a family and channel her time and energy into good causes.

She always said that she met her best friends during her years at the Y – women who stayed lifelong friends long after her Y days ended.

My sister Rachel has her own memories of Mom, as I left Nova Scotia in my early 20s to live in Ontario when she remembers mum she mentions: “Mom decided to go to Saint Mary’s University in Halifax to pursue her BA when she was in her sixties. Mom wrote papers on women getting the vote and other feminist movements out west.” Perhaps her passion for supporting girls and women was written into her papers. “I remember Mom practicing for hours on a speech she was giving at one of the Y Board meetings.  She even recorded her speech on the old tape recorder — I guess to hear how she sounded. When Mom did something, she gave it 110 percent!”

Mom was not one to vocalize her feelings about helping others – she was brought up to consider that was a necessary component to a full and happy life.

She lived to the grand old age of 96 and we were not surprised upon reading her will that she had left a bequest to the YWCA – to continue with the good works that she had witnessed and engineered throughout her long life.

Having the chance to reminisce about Mom and the Y brings back such wonderful memories for Rachel and me.

Thank you for giving us the opportunity to remember Mom and those happy days.

Planned gifts are important to YWCA Canada as they provide a reliable, steady flow of income that allows us to make multi-year plans and investment in projects that will support the women reaching out to our network of YWCAs across the country.