Shaya MacDonald speaks to their experiences of the YWCA World Council in South Africa. | YWCA

Shaya MacDonald speaks to their experiences of the YWCA World Council in South Africa.

For the first 22 years of my life, I was born and raised on Unama’ki, Mi’kma’ki territory. The things you do for fun when living on the island include long drives around the Cabot trail or long hikes through the Cabot Trail. I’ve spent my entire childhood, youthhood and early adulthood exploring the hidden beauties of this land. While at the same time, I could never conceptualize life outside of this land.

I left my family and moved 2,200 km across the country to Ontario to pursue my educational dreams. As both the baby in my family and the last to leave home, it was a huge change for me.

Throughout this journey, there have been so many people who have guided me and walked with me. By day, I am a youth mental health worker, and by night I am a painter, a beader, and an external consultant for YWCA Canada. To the strong women and folx at the YWCA Canada office, I am beyond grateful to have spent this time walking with you. You all inspire me to continue and grow into my true self, into leadership, and into being as brave, strong, and resilient as each of you are! I thank you, and reassure you that you are doing wonders!

It is with huge gratitude and honour that I received funding from Young Women’s Leadership Miles to attend and engage in World Council 2019, South Africa.

During the summer evening of September 04, 2019, I received an email stating I have been selected as a Young Women Leadership Miles (YWLM) recipient to attend YWCA World Council in South Africa in November 2019. Prior to this, the best email I ever received was getting into graduate school – and let me tell you, I am the first in my family to graduate university. It is safe to say I cried for many days following both these emails.

South Africa is not down the road, across a bridge, or on the other end of the country. It is across the world, and it is overfilled with colour, landscape, mountains, oceans, the biggest sunsets you’ll ever see, and most importantly, I noticed that locals have so much love, joy and pride in their culture and who they are.

There are several experiences of World Council 2019 that stick out for me. However, I want to share the most important with you today.

I had the privilege of learning from Marylize Biubwa, Founder of the Bi Kind Initiative. Marylize is a 28-year old black queer intersectional feminist and activist who dreams of seeing a world that embraces and respects diversity. She provided a workshop on Faith and LGBTQIGNC+. During the beginning of the workshop, we talked about breaking down the definitions that support the acronyms and spent time unpacking myths.

I even got to shed light on what it means to me to be 2-Spirited in Indian Country, based on my own experiences and others who have shared with me. It was my 2-minutes of Indigenous fame. As we continued, Marylize shared about her personal challenges with coming out as queer. I do not have consent to share Marylize’s story. But, what I can say is Marylize’s story has some things in common with many of the youth’s stories that I hear about in the work that I do, but one major difference is the environment and culture of Toronto, Canada, compared to South Africa.

Marylize’s story inspired me to want to learn more about other South African folx experiences with their sexuality. I quickly learned that almost 50 percent of LGBTQ+ people in South Africa knew people who had been murdered because of their sexual orientation and that the justice ministry was actively trying to tackle the phenomenon of “corrective rape”. Although South Africa has some of the most progressive LGBTQ laws in the world, it still hasn’t won equality for folx.

Too often, the people who make an impact on our lives, continue on living their lives without knowing the immediate change or thoughts that they influenced in others. This is why I knew I had to reconnect with Marylize because I will never forget her story, and most importantly, her bravery.

After a deep dive on social media, I knew I had found her Instagram. I was sure that Marylize wouldn’t remember me, but if she did, it was because of my 2-minutes of fame where I got to educate the group on what it means to be 2-Spirted. Nonetheless, I introduced myself as the 2-Spirit person who attended her workshop in Johannesburg. I then proceeded to write how brave they are, and how they are a f—king warrior (as an Indigenous person, that’s the highest form of love, respect and courage I give). I told her how impactful her story was for me, and how I could see change happening in the room and in myself. And then I encouraged a lovely rest of the day.

I didn’t hear anything back. And as I started to doubt whether or not I came off creepy, I knew that I had to share this. Because we often don’t share these types of things, and we often assume other people know the good they are doing, or we often feel too uncomfortable encouraging and lifting up other people whom we come to know.

A few days had passed, and I open my Instagram up, and I see that Marylize had tagged me in a post. Marylize spoke about why they do the work they do. They spoke about how joyful, celebratory and thankful they were that I had shared with her these positive thoughts and encouragement.

I had put my hand out to offer my support and encouragement in the work she does, and in return, she had publicly rewarded and thanked me and shared how this is the reason she does what she does.

This is building relations, and this is creating change.

Lift up the folx whom you come to know.

Encourage them. Validating them and letting them know that you see them.

I see you, and I thank you from the bottom of my heart. 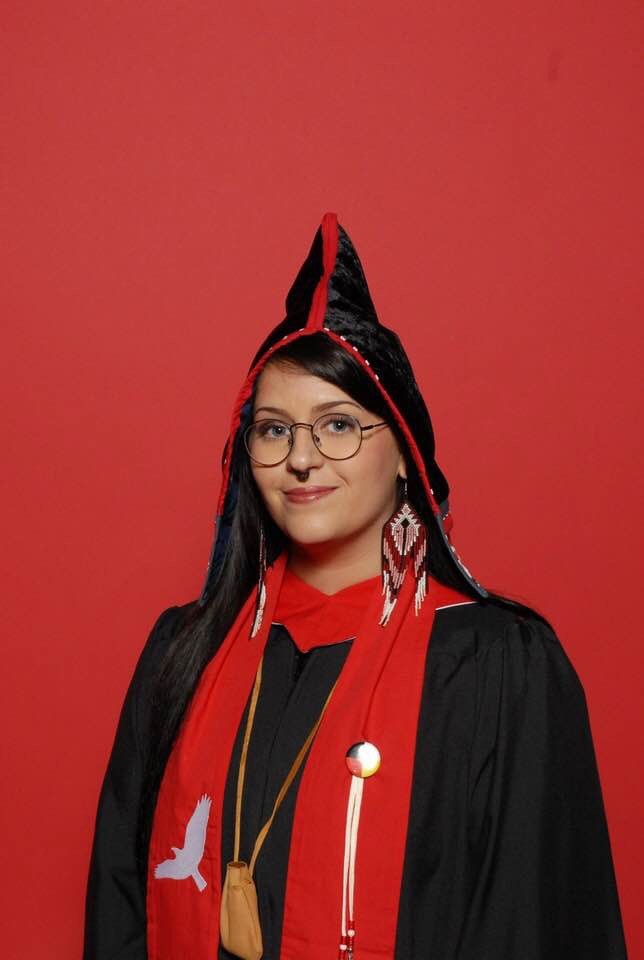